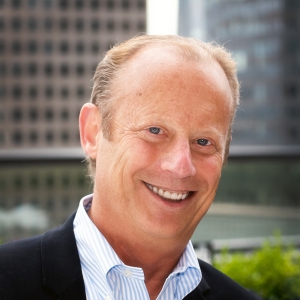 As President and CEO, Mr. Frey oversees all operations driving awareness, value and revenue to the fast growing Digital Out of Home (DOOH) advertising space which has seen annual increases of +13% in advertising spend and membership growth of +25%. The DPAA provides industry leadership to publishers, technology, programmatic, content and data companies. It fosters collaboration between the DOOH community and ad agencies, providing leadership, best practices and standards in areas such as mobile integration, location data and programmatic.

During Mr. Frey’s tenure, he has vastly grown the organization’s membership base, opening the DPAA’s doors to businesses in ad tech and the global ecosystem. He has brought the entire DOOH industry to its highest level of recognition in large part through his creation of the “Video Everywhere” marketing campaign. This initiative has helped position DOOH companies as important players in the video, digital and programmatic advertising market seen by brands, agencies, the press and financial analysts.

The Video Everywhere campaign is also reflected in the DPAA’s annual conference, now called the Video Everywhere Summit. Under Mr. Frey’s leadership, the Summit has shattered all previous attendance records while firmly establishing itself as the premier conference dedicated to video neutral media planning, activation, programmatic buying and marketers’ use of multi-screen strategies.